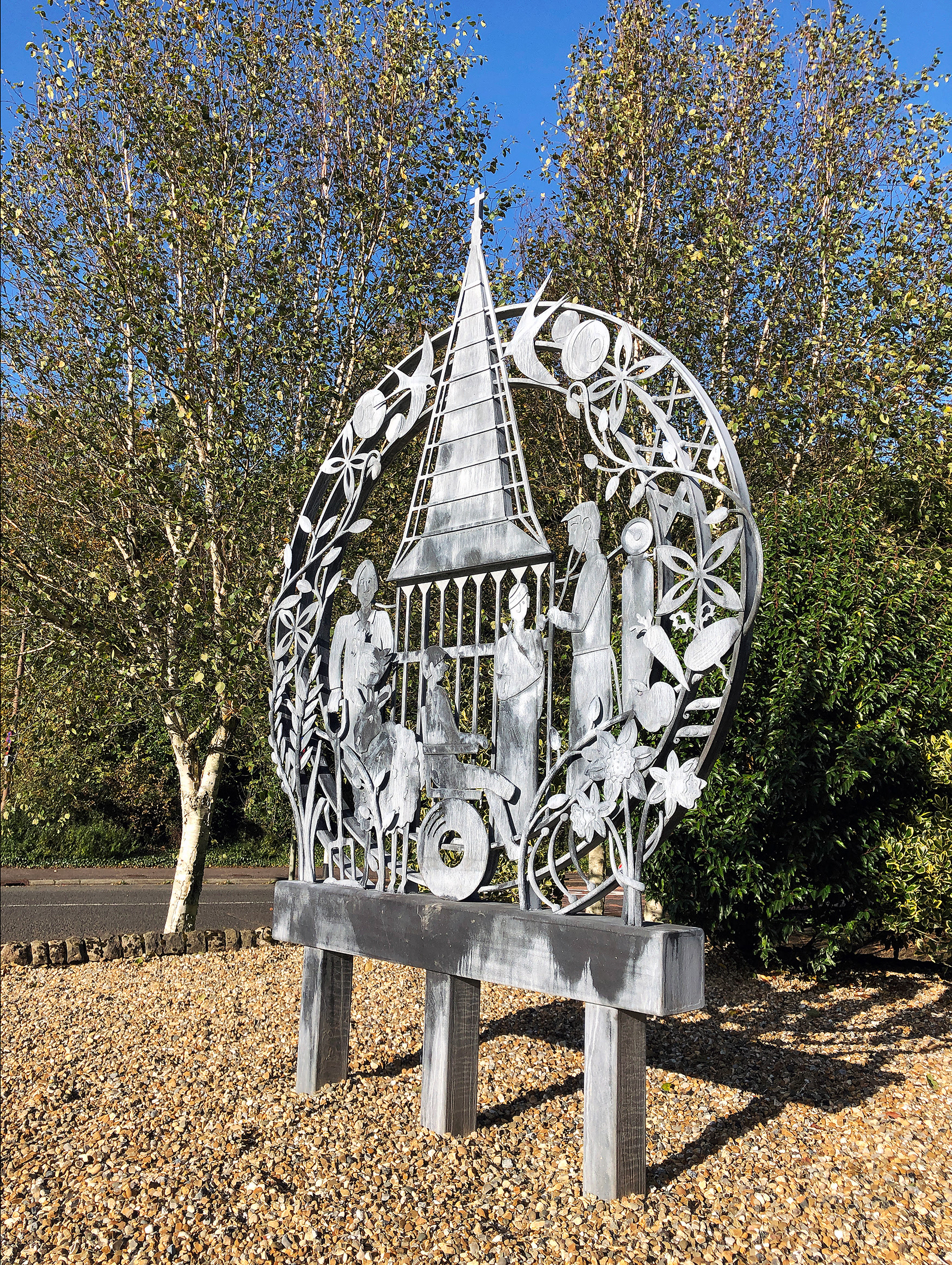 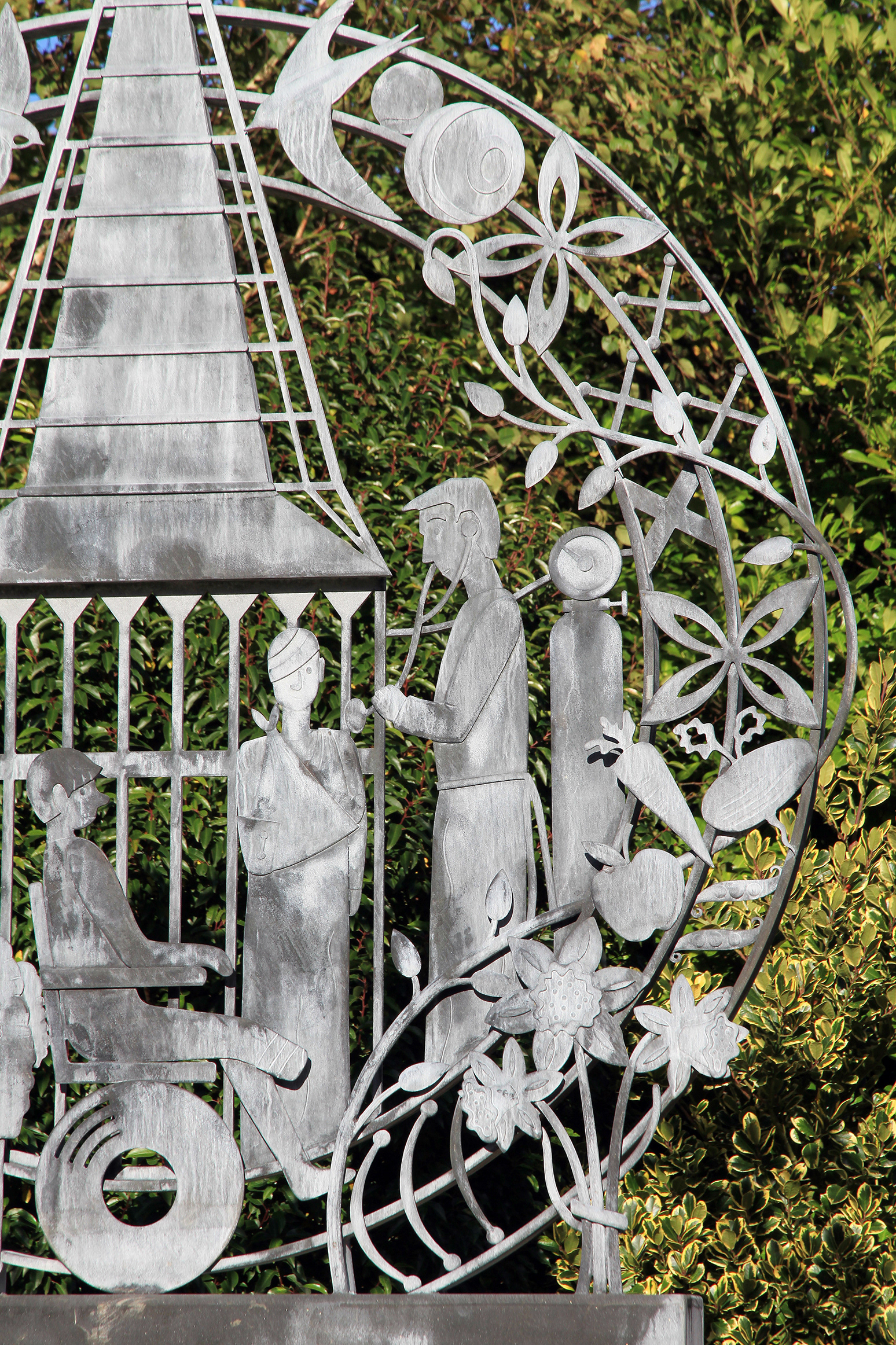 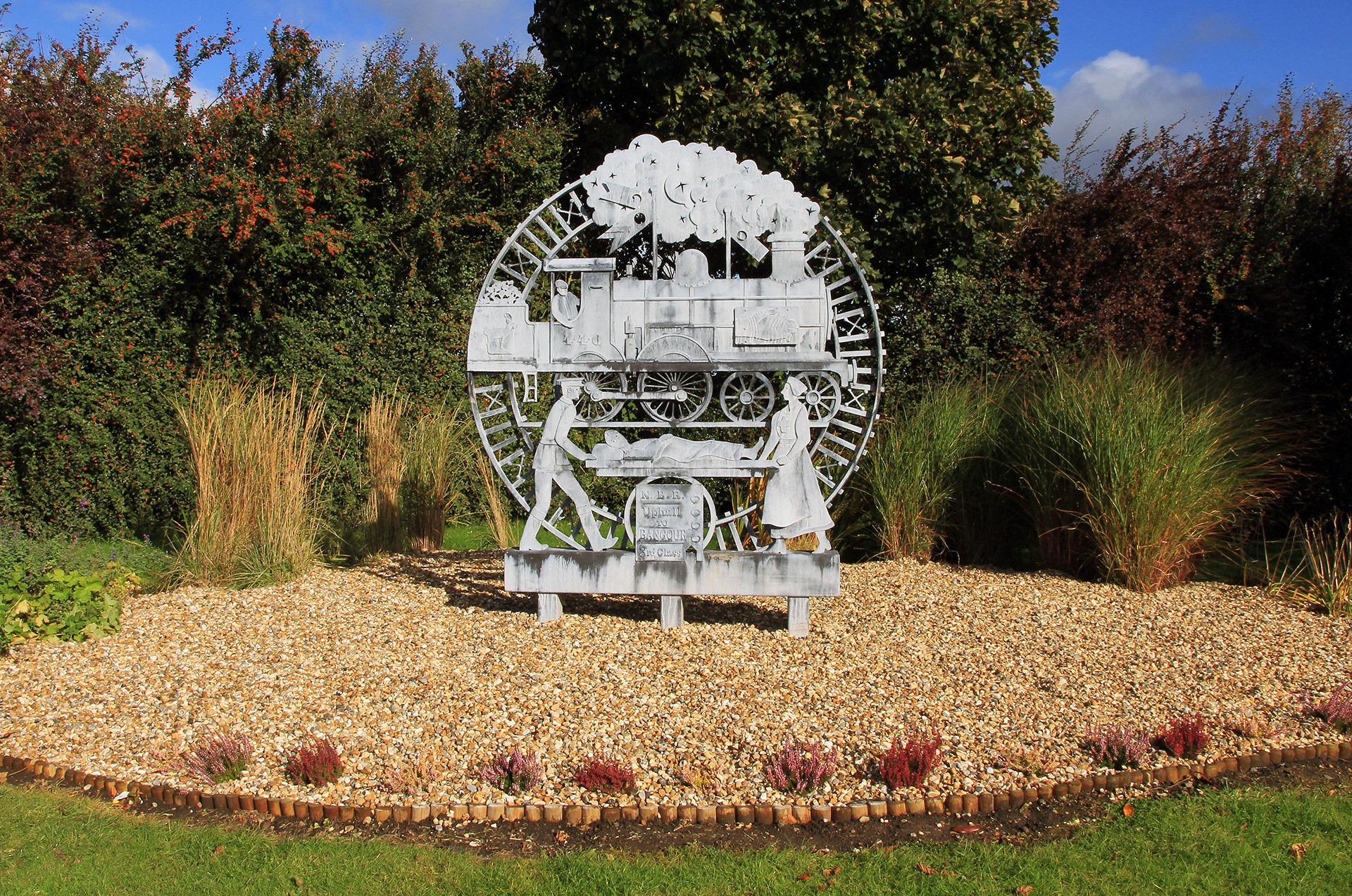 Dechmont Village Entrance Sculptures, Scotland
PJ Johnson
Dechmont Community Council approached P. Johnson & Company at Ratho Byres Forge to design
and create two sculptural pieces to be placed at either end of the village of Dechmont.
After discussion with the local Dechmont community, about what was important to those that lived
there and what Dechmont meant to them, an idea for the design began to form.
Bangour Village Hospital was a major part of the lives of many residents of Dechmont, modelled on
the village system of patient care, opened in 1906, the hospital village also incorporated a power
station, workshops, a memorial church with spire, a bakery, stores, a kitchen, a laundry and a farm.
The hospital was used during both the First and Second world Wars to treat soldiers and specialised
in psychiatric work between the wars and after. Access was poor to the hospital so a private railway
line was built, branching from the former Edinburgh and Bathgate Railway line at Uphall, and
terminating at Bangour railway station, opening in 1905.
The railway line was closed after World War One in 1921 and the hospital closed in 2004.
The first sculpture depicts the spire of St. Mary’s, Bangour Memorial Church, with a Doctor and
patients, a patient working on the farm, the fruit, vegetables and flowers that were grown and used by
the hospital. Also represented are swallows that flew around the site and balls from the variety of
sports that were played as the patients and soldiers recuperated.
The second sculpture, depicts the railway tracks and the 440 locomotive that pulled the carriages to
Bangor, especially taking the wounded soldiers during the First World War.
The work is made from mild steel, some formed from plate and some forged and textured hot from
the fire.
On completion the metalwork was hot dip galvanized by the Wedge Group at Scottish Galvanizers,
Glasgow. The care taken by Scottish Galvanizers ensured that the galvanized layer was perfect as a
finish. A mordant solution acid etch was applied to the galvanised finish, speeding up the natural
oxidisation of the zinc, creating the final grey patina. The zinc coating was ideal for the two roadside
locations, enhancing the textured detailing on the forged elements and providing protection from
corrosion. Due to the galvanised finished the sculptures are also maintenance free.
The Dechmont Village entrance Sculptures were installed in August 2020.
Photographs © Shona Johnson
↑Back to Top