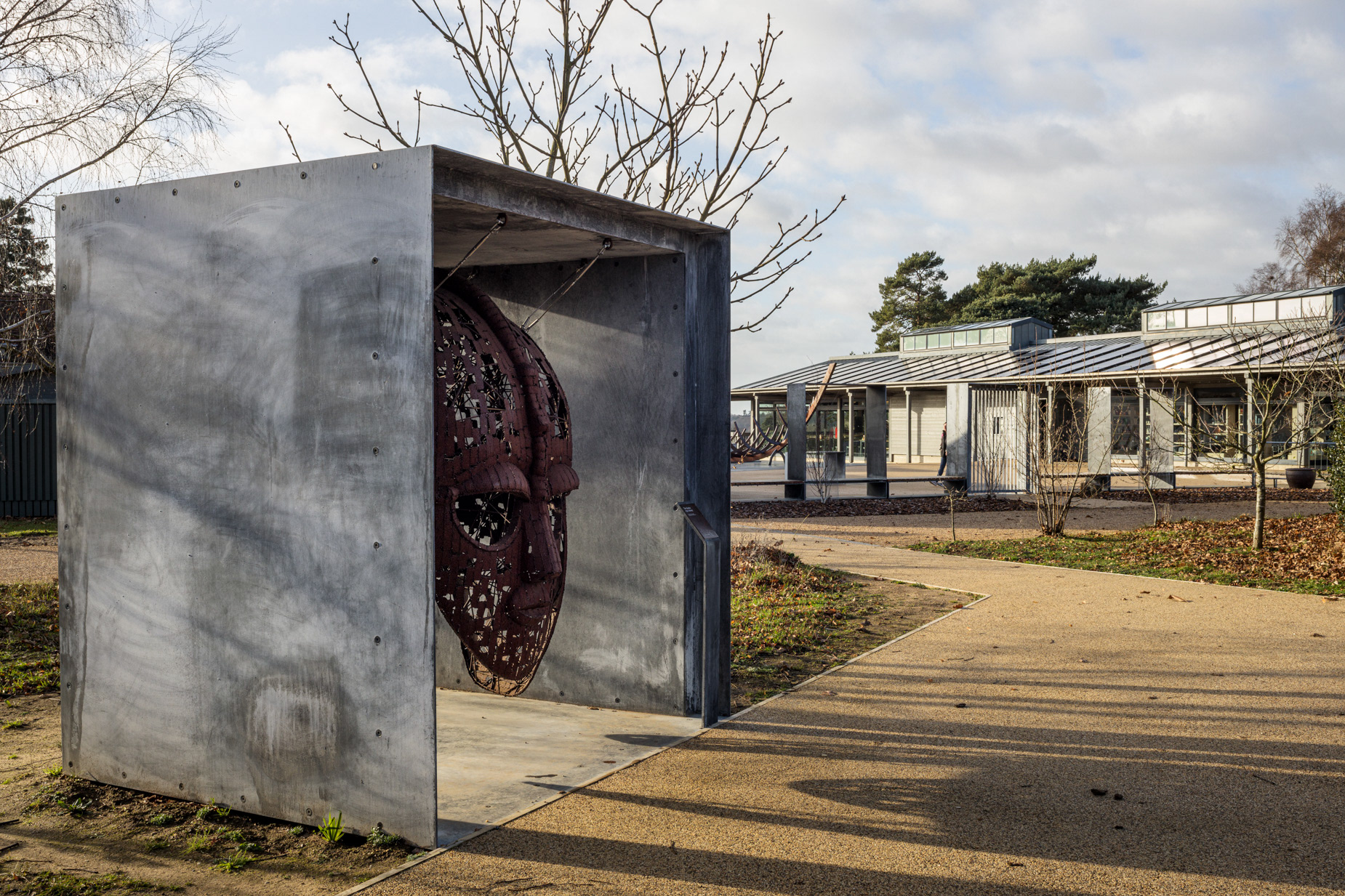 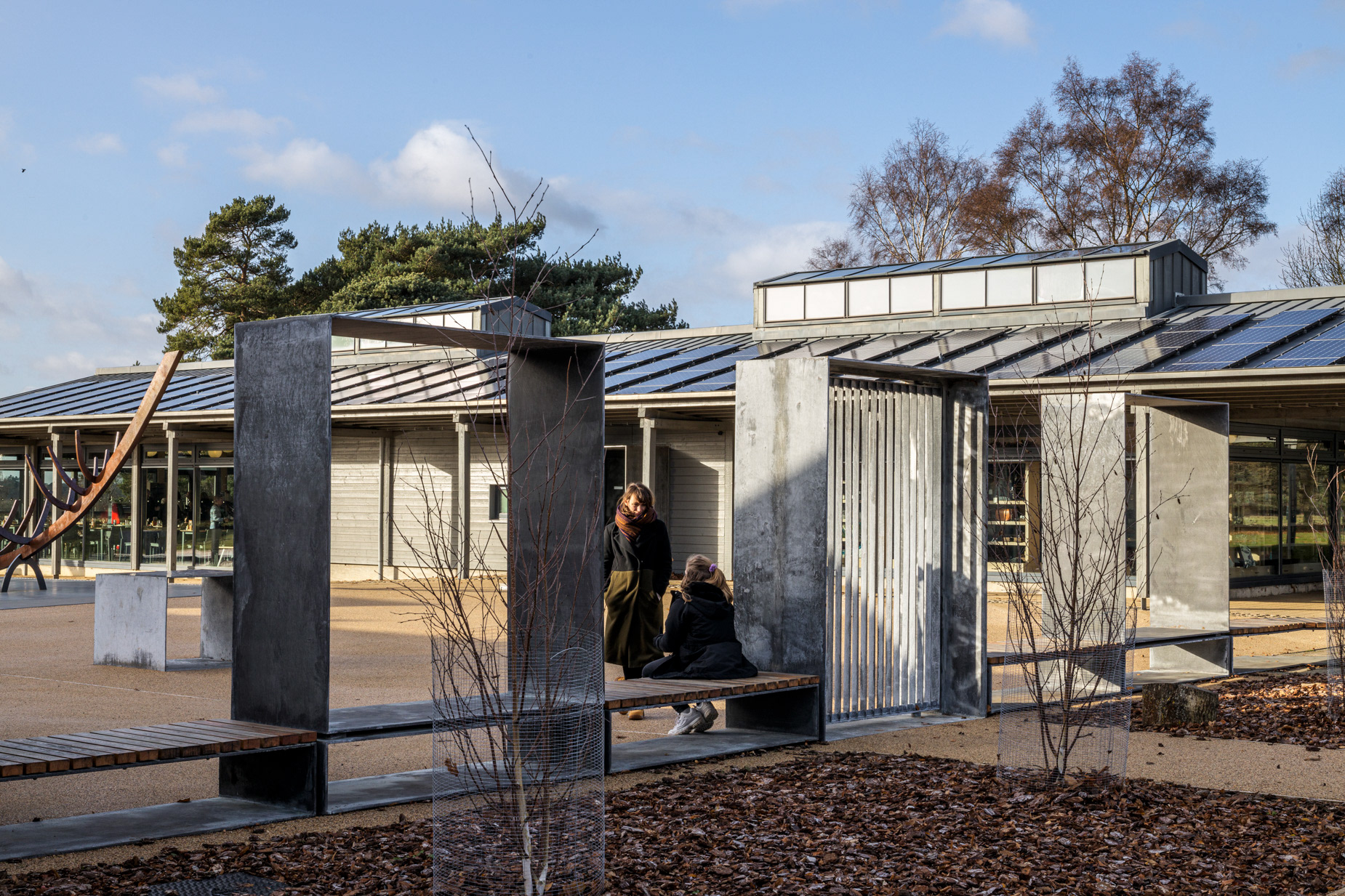 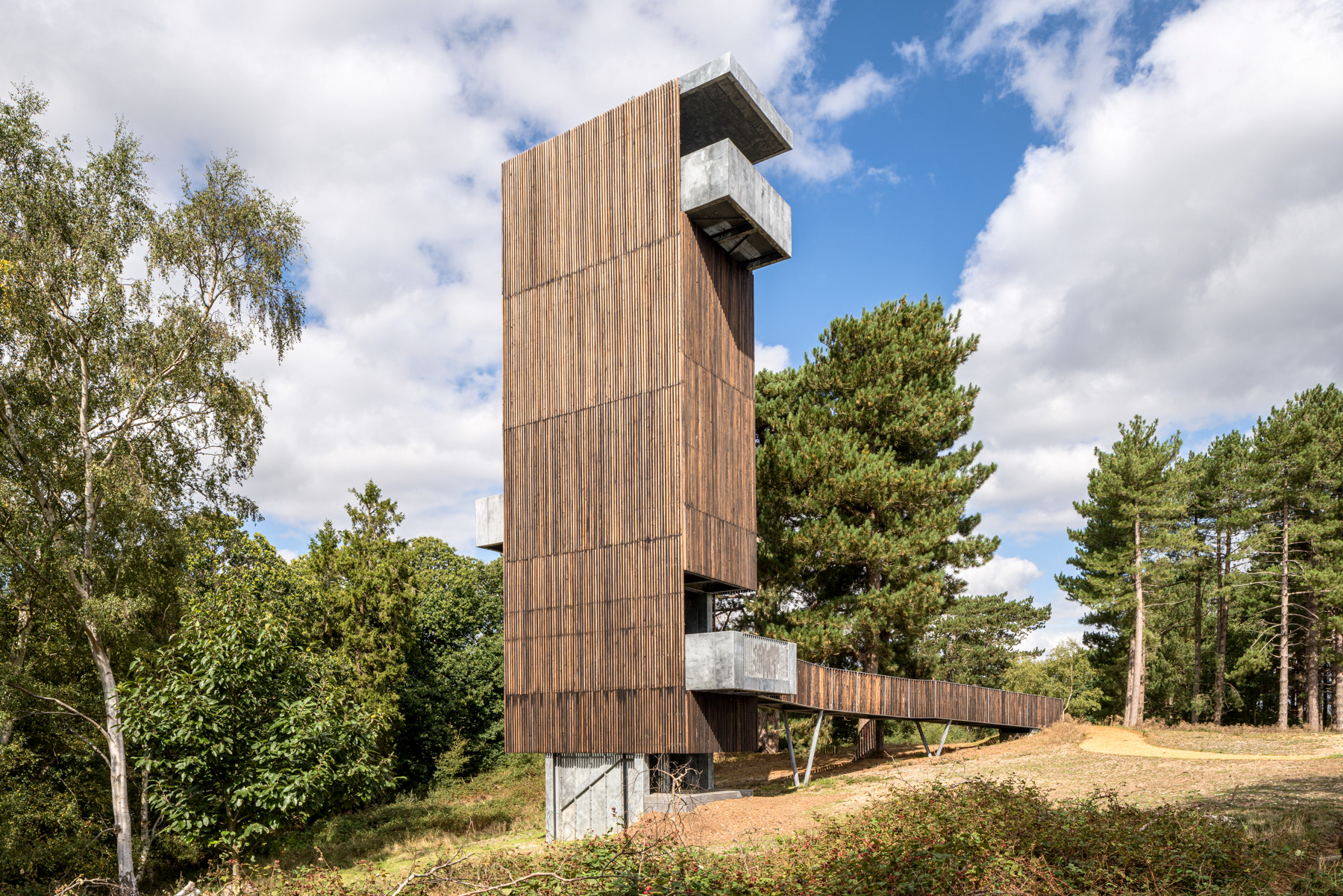 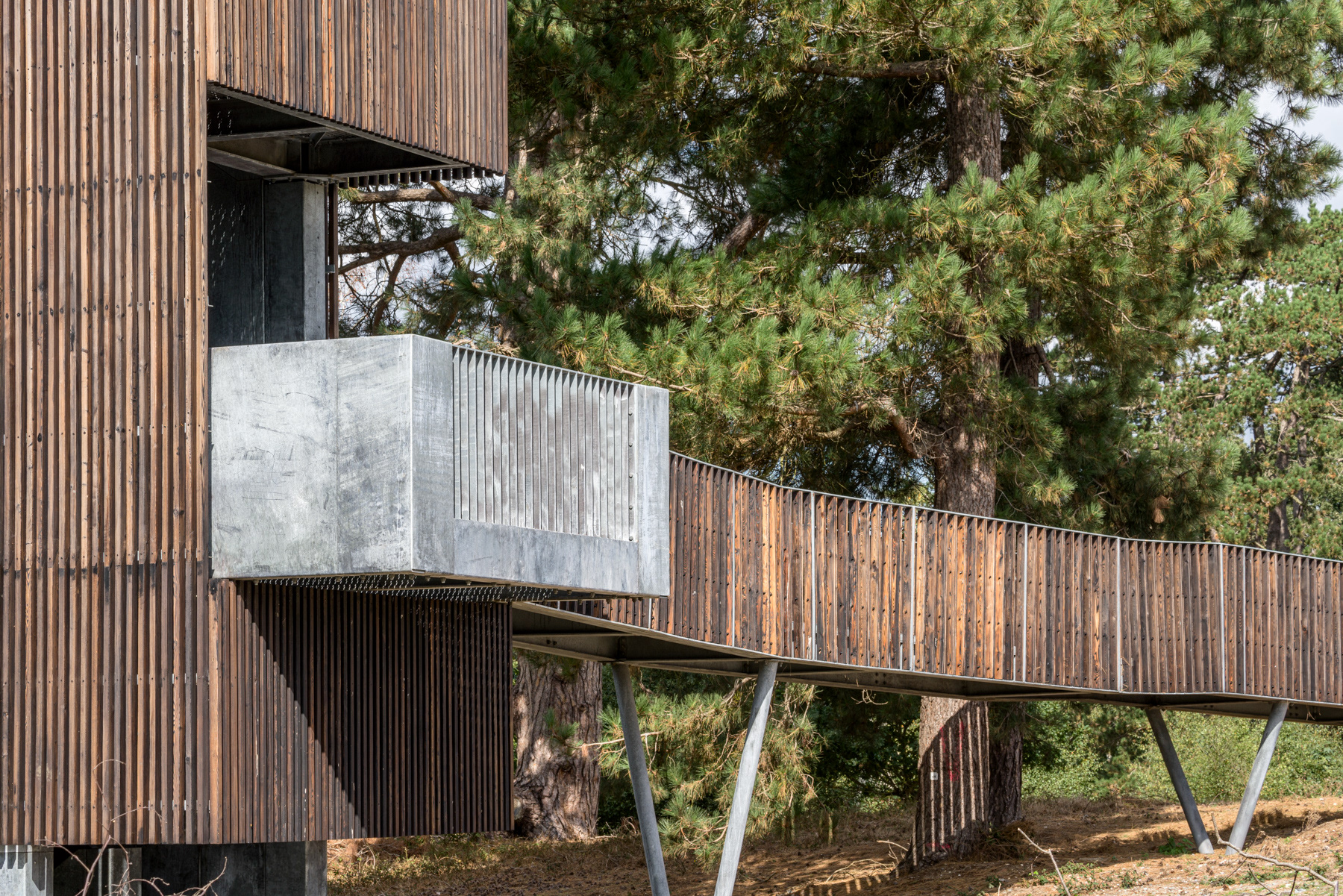 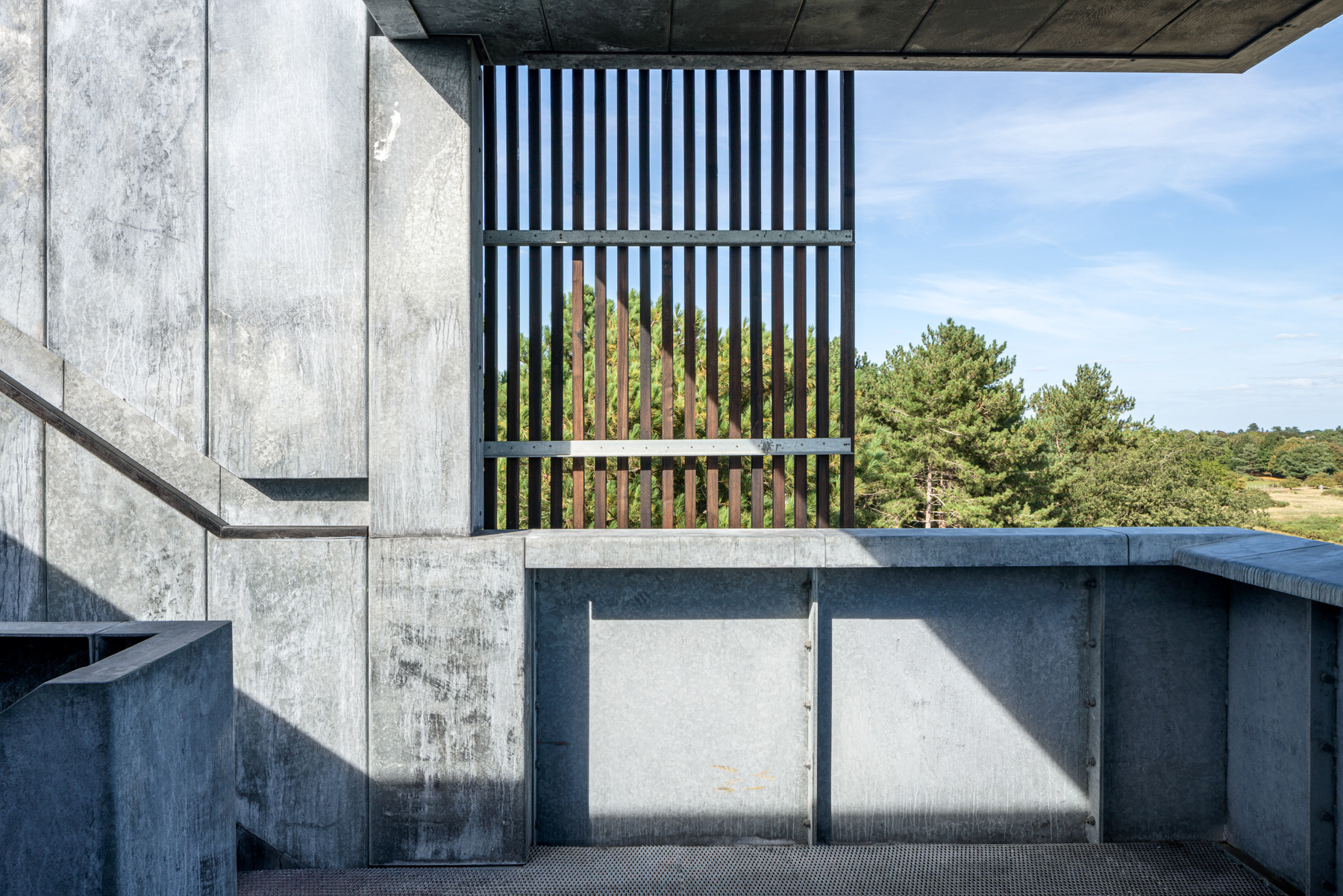 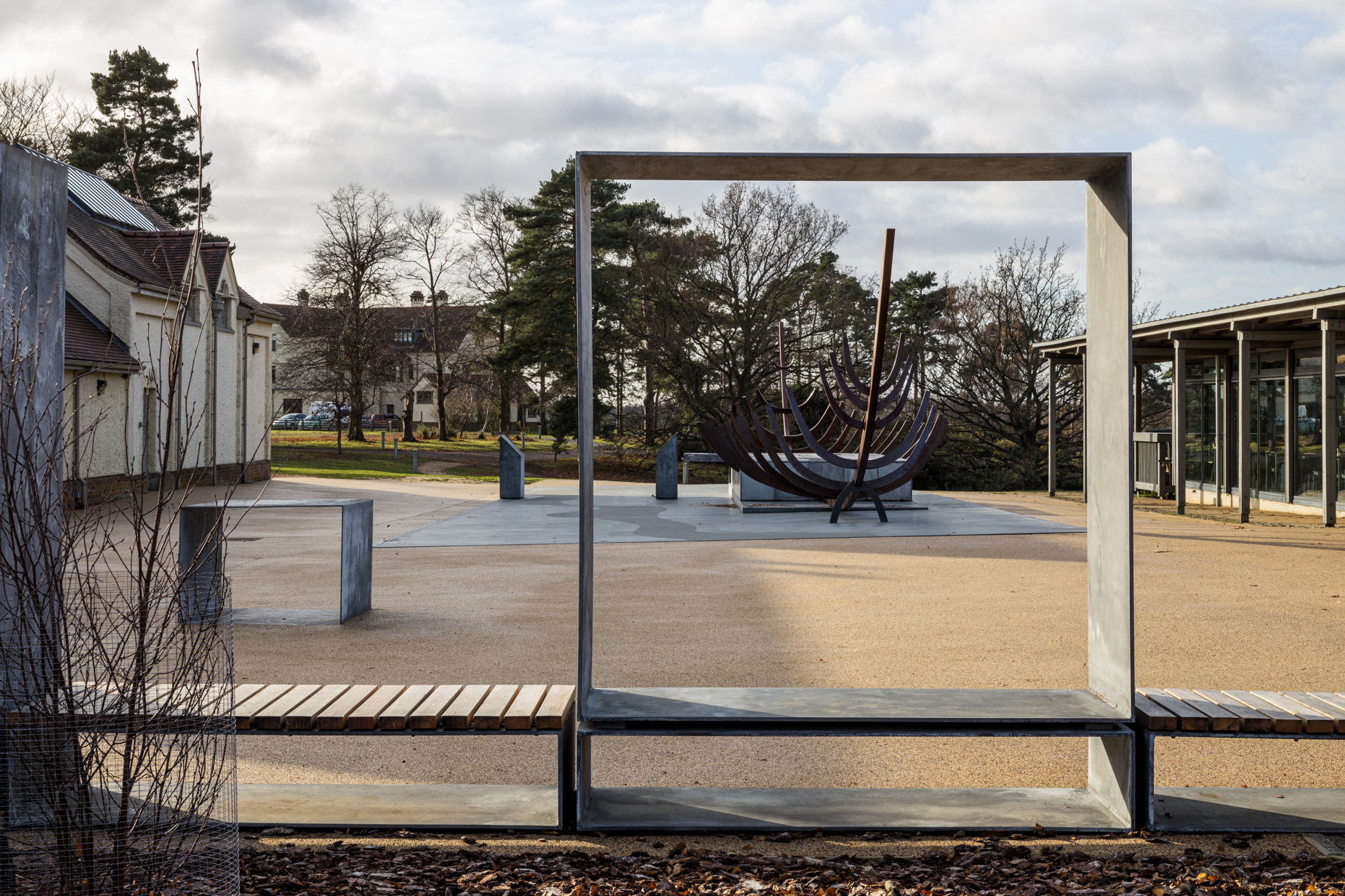 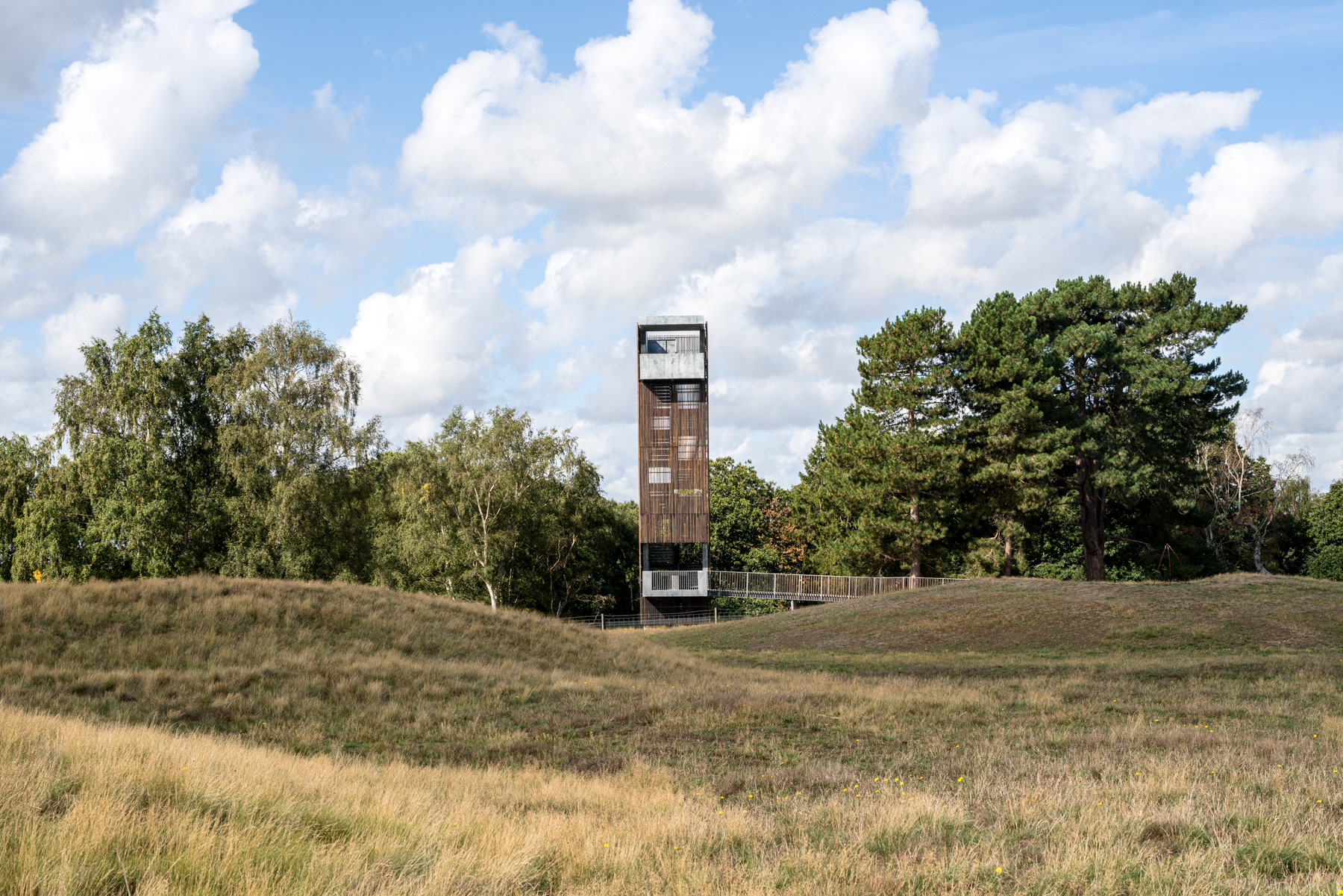 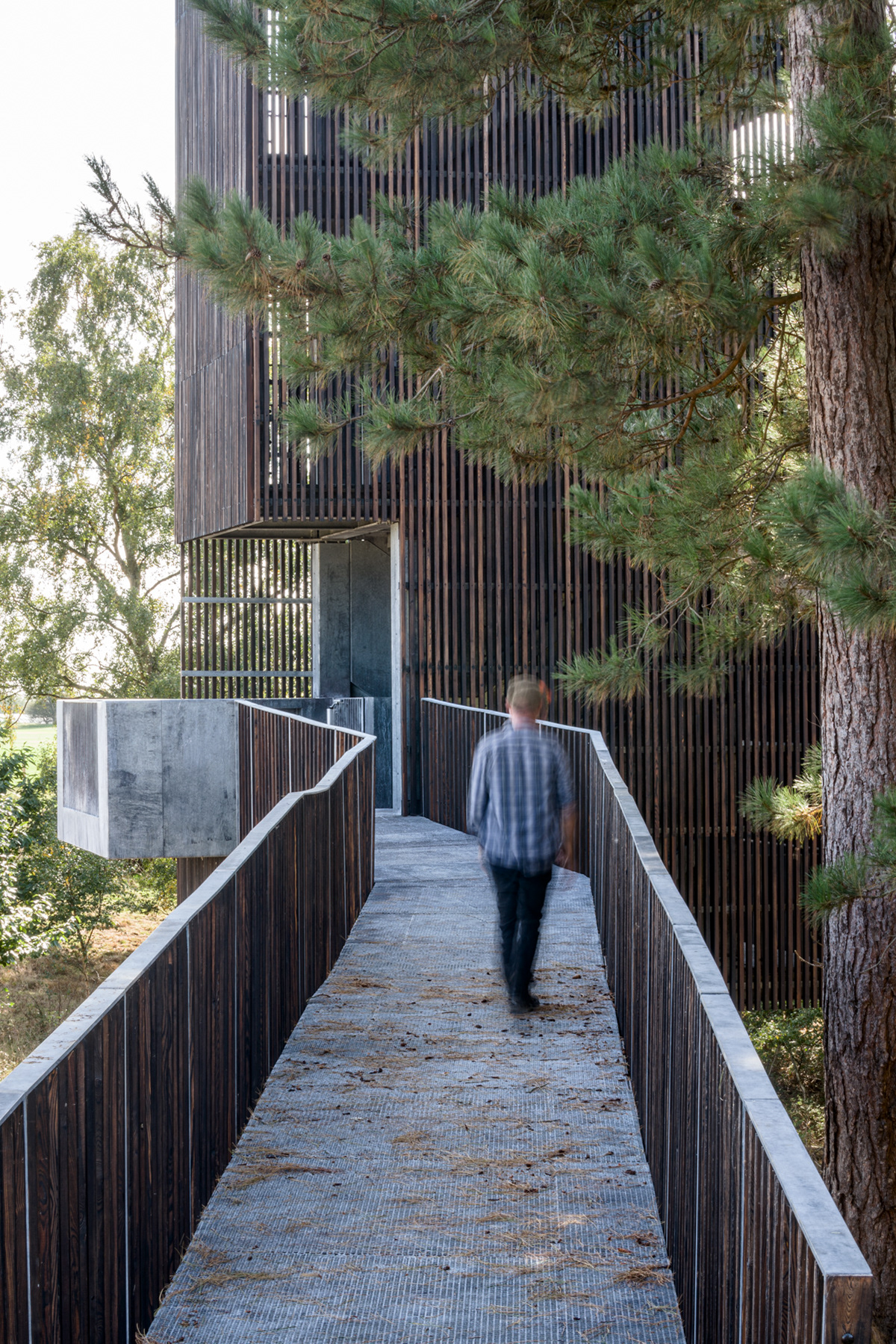 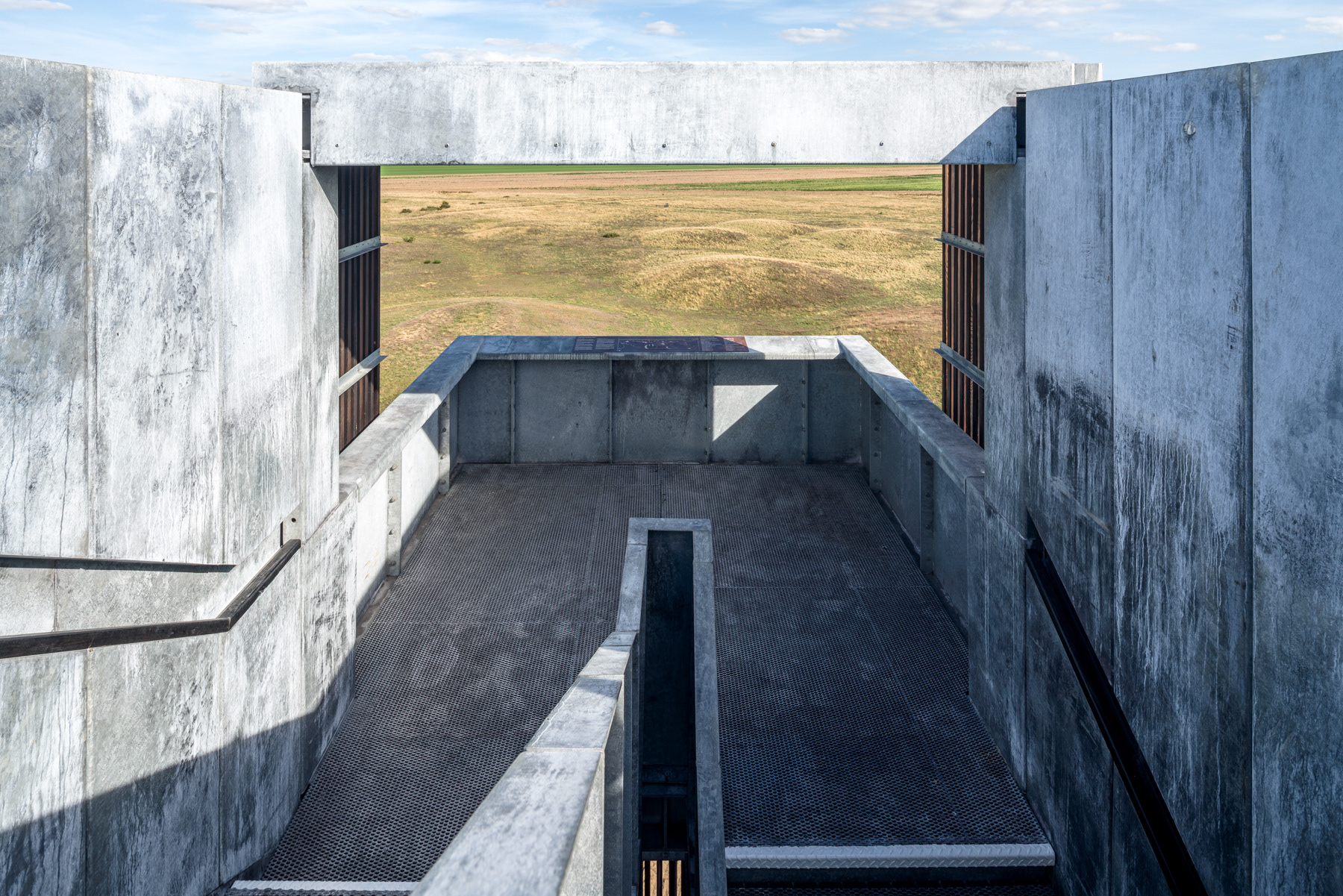 Sutton Hoo, Suffolk
Nissen Richards Studio
Sutton Hoo is an Anglo-Saxon Royal Burial Ground, one of the most important archaeological sites in England and a Scheduled Ancient Monument. Nissen Richards Studio worked with the National Trust for five years to transform the visitor experience at the site in order to reveal its incredible stories and enhance the significant archaeological landscape.
The project involved creating routes from the new entrance to the Royal Burial Ground along a carefully-choreographed journey, including new thresholds and interpretive moments created through landscaping and architectural interventions, the most major which was a 17 m-high, new-build viewing tower, allowing views over the burial site for the very first time.
The tower, signifying a contemplative end to the experience, is made up of a semi-permeable, charred timber clad structure, wrapped around a galvanized steel frame. At the heart of the process was the need to minimise the disturbance to the fragile archaeological layers beneath the surface of the tower, which ultimately led to the use of a highly efficient steel structure with a minimal footprint. The charred larch skin is left unsealed to soften over time, merging with the surrounding woodland.
In contrast to its outer unassuming appearance, internally, folded galvanized steel panels form the perimeter and landing soffits to the tower’s staircase. These are used to encase the steel support framework to match the dyed concrete used elsewhere within the project and create a weathered industrial aesthetic. Nissen Richards Studio worked with the steelwork contractor on finishes that could be achieved through the normal galvanizing process. This included experimentation with various levels of acid washing and created the darker tones of the steelwork, which at times resembles concrete. The stairs act as a light, porous galvanized structure combining galvanized grating panels that are extended onto the landing areas. Two viewing areas are formed using cantilevered steel sections projecting from the tower to provide visitors room to pause and take in the views.
Galvanised steel was also used at the entrance to the visitor attraction, in the form of a frame around a giant representation of the burial mask originally found at the site, a new entrance portal to the arrival building and the seats and framework with linked portals that frame the entrance courtyard.

Photographs © Gareth Gardner
↑Back to Top